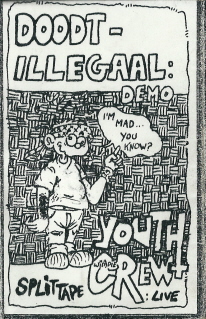 Thanks Leffe! Again something I wanted to hear back. Have the tape here but it's easier this way... ;-)
Brob

I used to have a copy of this tape back in the 80s and have been looking for an original one ever since.
This will have to do for now, thanks!

You're welcome. Any chance you will keep on blogging? Just found it and it looks very interesting.

Yes, I'm handling a next tape at the moment. I didn't have time anymore, because of work, but it's better now, so I can continue.

Don't know if the link is still working. Can you re-upload it again please?