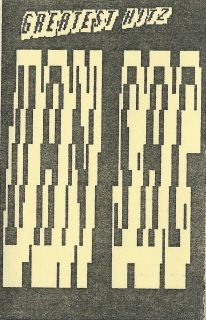 Van Sac were a band of Sweden I know nothing about. In 2004 US label Distort released a 7" with 4 tracks from a demo recorded in 1986. These tracks can be found here as well.
The 'Greatest Hitz' tape was released in 1987 so I don't know if the songs are the same versions (no time to look for the 7"). But there are 4 extra songs on this one.
No mention on Van Sac on Kill From The Heart as well, so this band must be pretty obscure.
The last track 'This Is War' ends with minutes of dark ambient-like noise.
Note the very primitive computer lettering on the sleeve.