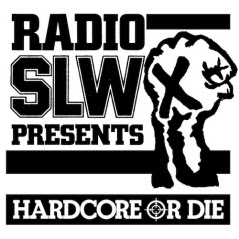 The De Waele brothers are better known as 2manyDJ's and wellknown for their mash-ups. On their recently launched radio station they do a 1 hour HC/punk mash-up. It's really cool to listen to as well as to look at. They took the sleeves of the records and made some great animation with them. They got a lot of help of Steve, their drummer who played in some HC bands in the late 80's, early 90's (Chronic Disease, Rise Above). Funny to see those tape sleeves with the tracklisting of a HC radioshow from Lille on Radio Campus.

Now I think some purists will look at this as a blasphemy to their beloved punk music. But punk is all about blasphemy and a 'fuck you' attitude and personally I've always hated that reactionary and conformist view of what punk should be. The mash-up stays close to the energy of what HC punk is.

Radio Soulwax is broadcasted in GMT time. Check the schedule and also the time zone where you live in. In Belgium the show starts at 16.00 and 01.00.
Hope you can sit through the whole hour (longer would be hard to digest I guess).
From Discharge to DYS, Dayglo Abortions, CRASS, Negative FX, Doom, Fear, Bad Brains, Siege, Subhumans, Conflict, Fear Of God, Black Flag, and many more. 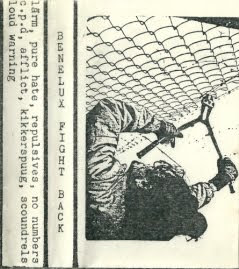 Comp. tape released in Belgium with Dutch and Belgian bands. No Luxemburg band included here. This small country was a wasteland when it comes to punk stuff. No release date, address included. Maybe it came with a booklet?
Tape opens with Lärm. No introduction needed. One of Europe's most wellknown bands, and one of the most extreme in the world as well.
Next is Pure Hate. Did a great 7".
No Numbers of Tielt is the 3rd one. Tracks taken from their one and only demo tape.
We go back over the border, to Eindhoven for Afflict.
Side A ends with .C.P.D. of Hamme. C.P.D. stood for Complete Political Disorder or Corrupt Police Dept. and maybe a few others. I think this band had a lot of potential. Never released anything, not even a demo tape. It's very hard to find some decent recordings of them. Great political HC/punk.
Side B opens with another band from Tielt, Repulsives. This band had Brob on bass, now responsible for the Smurfpunx site. He was also the author of Tilt! fanzine. Repulsives did record songs for an aborted split album.
Next band is the Dutch Kikkerspuug. Appear on the 'On Our Way To Fools Paradise' comp., released a tape 'Galgemaal' in 1988 and an album 'Wild Vlees' on Zooid in 1990.
Scoundrels were a nice punkband from The Netherlands as well. With Patrick who now runs Studio 195 were a lot of HC bands (Reproach, Dead Stop) did their recordings. The Scoundrels did one tape and 2 albums. They also appear on the 'Babylon: Bleibt Fahren' comp. LP and 'Alle 55 Kort' comp. tape.
Loud Warning were a noisy HC band out of The Netherlands. Appeared on the 'On Our Way To Fools Paradise' comp. as well.
Side B ends with another song of C.P.D.

Benelux Fight Back
Posted by Curious Guy at 2:19 PM 1 comment: 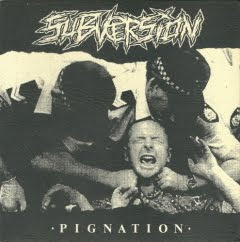 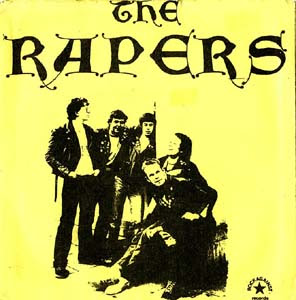 The Rapers
Posted by Curious Guy at 11:34 AM No comments: