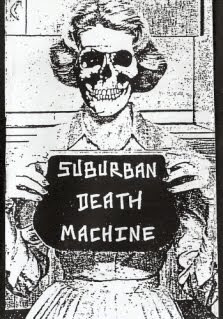 Short-lived HC/punk band from Pittsburgh, USA. Released a 7" and a 12" album in 2005 and then broke up. Both records are worth tracking down.
Here's the demo tape released before those. Has 9 tracks of which 'Surrounded' and 'Average American Psychopath' were re-recorded for the 7". All other tracks were never re-recorded.
First 3 tracks ripped as 1 track.
Suburban Death Machine on Myspace.

1. Suburban Death March
2. No Reason
3. Black Hole
4. Surrounded
5. As A Punk I Find This An Anti-Punk Record
6. Average American Psychopath
7. Suburban Dreams
8. No Hope
9. I Quit

Suburban Death Machine
Posted by Curious Guy at 9:58 AM 4 comments: 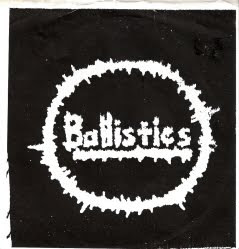 And here's the 3rd and last (?) release on Uncontrolled Records. Another TX band, called Ballistics. Don't know anything about them.
This 7" was released in 1998 and contains 4 tracks of medium-paced HC punk. Not as aggro as Spazm 151.

Ballistics
Posted by Curious Guy at 1:18 PM No comments: