Someone asked for some more 10-96. Here's the 2 7" EP's released on Beer City.
'Gas Bag' is the 1st one. Most tracks were re-recorded for their 'No Retreat' album, except for the Fuck-Ups cover (track 12).
'Catastrophe' was the band's last release. Here we find another cover 'Folsom Prison Blues'.

Note: some songs ripped as one track as it was impossible to separate them. 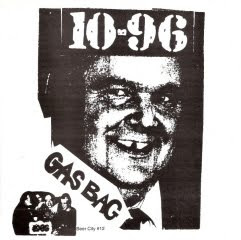 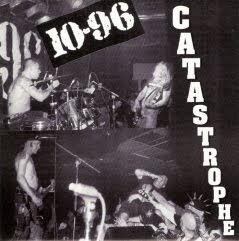 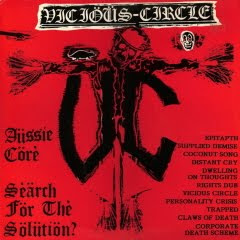 Here's the 1st split LP of Australian bands released on Flipside to help introduce them to the US HC scene. 2nd one is the Depression/Gash split.
Vicious Circle's side starts with a few songs never released on their own releases. The song 'Rights Dub' is a re-worked version of 'Police Brutality', one of their best known songs as it appeared on the War/Peace comp. on Rradical. The last 5 tracks is the complete 'Search For The Solution' 7", originally released on Reactor in 1985.
Perdition's side has songs taken from 'The Intoxicated' EP and their only album 'How To Teach Your Budgie To Talk'. 'Degeneration' and 'New Anarchy (Dub)' can only be found here. 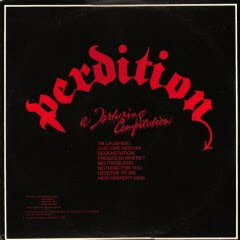 Vicious Circle/Perdition
Posted by Curious Guy at 11:12 AM 2 comments: 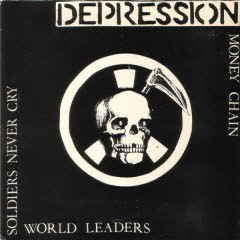 Thanks to Dougal for another generous gift. Never had the 1st Depression vinyl release.
I think anyone already know about Depression as one of the 1st HC bands from Australia. They did some other great releases like the self-titled LP, 'Australia, Australia' 12" on Reactor.
Later they signed to Cleopatra for a live album, the 'Big Brother' 7" and 'Thrash Till Death' LP.

Link removed. Seems that Reactor Records will release a Depression discography CD.
Posted by Curious Guy at 11:28 AM 2 comments: 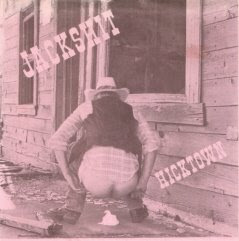 HC punk band from Reno with a connection to 7 Seconds. They also appeared on the 1st Positive Force release, the 'Nuke Your Drink' comp. 7", and the 1st We Got Party comp. album on Mystic.
6 tracks with funny lyrics. Released in 1984 on Squirtdown Records.

Jackshit
Posted by Curious Guy at 10:29 AM 7 comments: 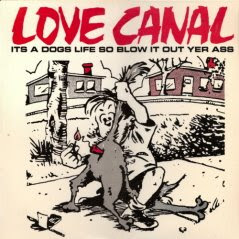 Requested by many so here it finally is.
Had to lend a copy of a friend as my copy has one side slightly off-centre causing some warped sound.
Named after a Niagara Falls, NY neighborhood built on a massive toxic waste dump, Love Canal from Huntington Beach, CA, formed in 1982 after The Skoundrelz broke up.
They also appeared on the "Half Skull" comp. 7" on Insane Industries as well as on the Mystic comp. "Clockwork Orange County" and "Covers". Well they play a Hendrix tune here.
The album was recorded in 1985 except for the last 4 tracks which were recorded in 1983 and suffer from lesser quality unfortunately.
"Funk You", "Friends" and "Lurking In The Dark" were originally written by pre-Love Canal band The Skoundrelz. I think The Skoundrelz appeared on one of the BCT comp. tapes.

Singer Kerry was in Motherfist after Love Canal split up.

There's a MySpace page for the band . Seems they reformed in 2007 and play live again.

The LP was released in 1985 on National Trust Records.