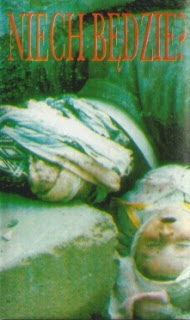 Here's another on from Poland. This tape was released in 1994 on the wellknown Nikt Nic Nie Wie label which is still active today.
The only release of Niech Będzie?. Don't have any info on them. Cool anarcho-HC/punk. There's a cover of US band Pissed as well. 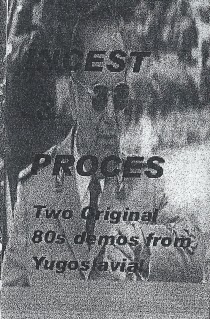 Bootleg tape from Rumania with 2 demos of 2 Yugoslavian bands.
The Incest tracks were taken from a split tape with KBO! released in 1987. KBO! Seemed to exist for a long time but can't find any info on Incest.
Side B is the Proces demo from 1985. Maybe you'll know them from the split 7" with Stengte Dører. Those track appear on the tape as well. Ne! Records from Sweden released the demo with a live recording on vinyl (with CD) as the 'Illusions Are Bleeding' album in 2012. Probably better quality than this rip.
Some titles have been altered. I used the correct titles found on Discogs.

Incest / Proces
Posted by Curious Guy at 2:13 PM No comments: 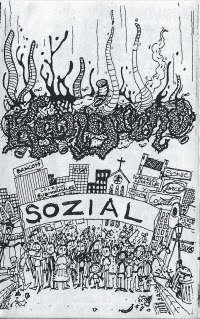 Remember buying this tape in Zaragoza, Spain while on tour with Katastrophobia. We played with Seeing Red and I also met some cool people like Pu and Pablo, who would later play in Kärnvapen Attack.
Kangrena Sozial were Spanish punks living in London.This tape was recorded in 1997 in some London Squat.
Willy of Hiatus does extra vocals on 'La Siete'. Don't expect crust here, this is great HC/punk.

Kangrena Sozial
Posted by Curious Guy at 3:43 PM No comments: 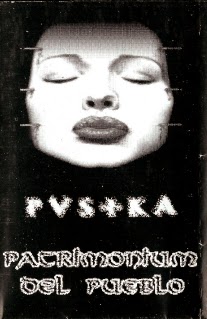 Last post on the some Polish tapes for now.
Patrimonium Del Pueblo was a crust band from Dąbrowa Górnicza, in the south of Poland.
Their only album is the 'Pustka' tape released in 1999 on Stradoom Terror (the label of the band with the same name). There seems to be a split tape with French grindcore band Hypoptalasias with mostly live recordings. Don't think the band was around for a long time.

Patrimonium Del Pueblo
Posted by Curious Guy at 11:03 AM No comments: