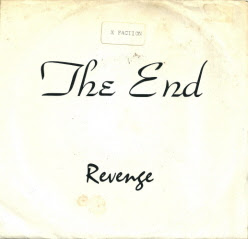 5th release on IM Records, the label of The Faction. This 7" of The End, released in 1986 is actually a solo recording by Adam "Bomb" Segal after the split of The Faction. He produced it himself and even played all instruments.
After this 7" Adam would form a full band. They released the 'If You Still Believe' 12" (1986) and, as The Living End, 'The Picture That Came With The Frame' LP (1988) , both on IM Records as well. 2 tracks of The Living End appear on the IM comp. 'Do You Remember Rock'n'Roll?'.
Only 2 songs here: 'Revenge' and 'No Morals'. Those can be found (re-recorded?) on the 'If You Still Believe' 12" as well.
Couldn't remove all crackling vinyl noise.

A friend of mine informed me on this unknown and very obscure proto-punk band from Belgium a while ago. They only released one 7" in 1974 with the songs 'Hope' and 'Damned Flame'. Don't know which track is uploaded on Youtube. Check it out!
More info on Blast on Belgian Metal History. 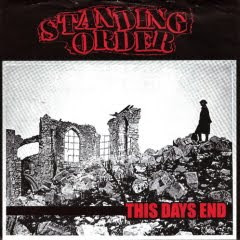 NJ hardcore band. No release date but I think late 90's, early 2000 as on the thanks list you can find bands like Dead Nation and The Degenerics. Released on Dropjaw Records that also did a 7" of Straight To Hell (not the DeadAlive/Gloom Records band).
4 tracks of not-too-fast HC.

Standing Order
Posted by Curious Guy at 11:54 AM 8 comments: