Half Life - Never Give In LP 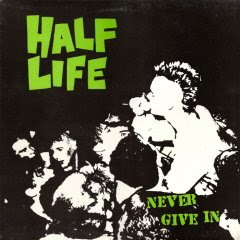 First full length of this Pittsburgh punkband.
Half Life already started in 1984. Their first release was the 'What's Right' demo tape in 1985, later re-released on LP/CD. In 1986 they released the 'Under The Knife' 7". The sound changed from typical punk anthems to a more heavy sound.
'Never Give In' was released in 1989 on Skyclad and was produced by Tom Lyle.
The band split up in 1990.
There's a Half Life official site here done by ex-guitarplayer Vinny Curtis (who doesn't play on this album).

Never Give In
Posted by Curious Guy at 9:39 AM 9 comments: 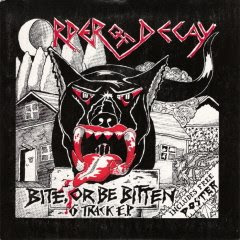 And here's another one from Australia.

Order Of Decay released 2 records on Norwood label Dominator Records & Tapes. Can't find much info but the LP is posthumously released as singer Philthy Phil passed away in 1989 at the age of 23. Don't know how he died.


Dominator released a variety of stuff : from HC punk of Filthy Scumbags, Order Of Decay, Arm The Insane to dark indierock like The Mark Of Cain. At the end the label went completely deathmetal. 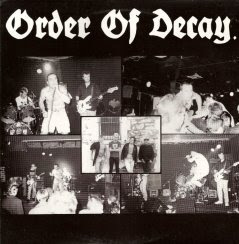 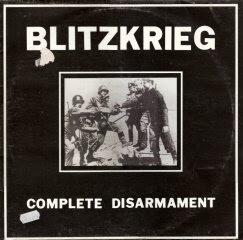 I think there were a few bands called Blitzkrieg back in the day but this is the band from Amsterdam. Not a lot is known on them but they managed to release an album 'Complete Disarmament' in 1983. Lots of short songs played very fast and a few longer mid-tempo songs.
There's a clock ticking in between the songs (although I ripped the first couple of tracks without the clock ticking, sorry). The lyrics are CRASS-style political rants covering the usual punk topics. Sung both in Dutch and English. 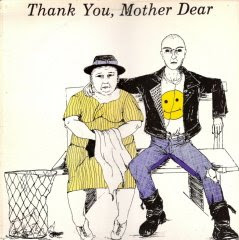 As promised, here's the second album of Columbus band Human Sufferage. A great follow-up of their first one. 'Thank You, Mother Dear' was released in 1985 on New Age.

Thank You, Mother Dear
Posted by Curious Guy at 11:56 AM 3 comments: