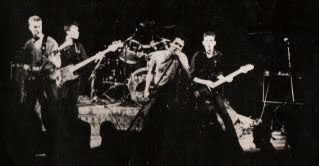 1st album of Amsterdam punk band Outrageous. Outrageous was set up by Eric Peters who used to sing for The Nitwitz. The other members went on as BGK.
Peter went on to sing for Amazing Blazing Windmills (grunge) and The Zoo (commercial pop) but is now in glamrock band Bastardz Of Glitter.
After this album released in 1984, followed the '14 Flaming Farts' album (1985). Both were self-released.
In 1987 Outrageous released their last album 'Night Life Crawl', a 12" mini-album, in France on All Or Nothing. 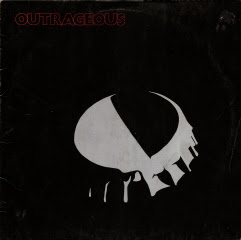 Hey there, did you ever upload the Thrash Dumbos 7"? I'd love to hear if it you ripped it. Thanks!!