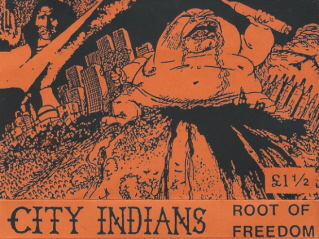 2nd demo tape of Derby anarchopunk band City Indians.
City Indians played a lot with Conflict back in the day.
Their 1st demo 'Spoilsport' was released in 1986. 'Root Of Freedom' was released in 1987 and has an extra live side which contains a few older songs like 'Spoilsport' and 'Apartheid'. This demo shows a more melodic side of the band.
City Indians would go to release a quite poppy 7" in 1988 called 'Nicholas Parsons Is Feathery Galosh'.
Andy Sewell drummed for this band (not on the 7") and would join Concrete Sox later on. One of the coolest people I met back in the day, and me and some friends visited him in Derby a few times. Don't know what he's doing these days but he ran the Victoria Inn for some years. 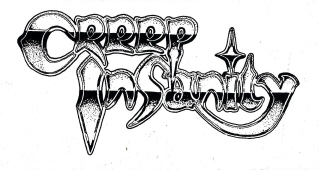